A huge well done to all that took part in the cross country competition at Wimpole, the year 5/6 team came 6th overall and the Year 3/4 came 11th so we had great team and individual achievements. Fantastic.

A great week of sport for The Vine:  Yesterday evening saw hundreds of children from all around Cambridgeshire head to Priory Park for the Cross Country Relay Championships, with 3 teams of 4 in both the boys and girls races we had high expectations and we weren't disappointed. The children put in a superb effort to complete the 1200m lap in a high class field. With plenty of encouragement from other team members, family and friends the runners did their best finishing a respectful 7th, 44th, 115th in the girl's race and 11th, 46th and 74th in the boys race.

Many thanks to all the parents and staff, for their support, transporting, coaching and cheering the children on.

On Tuesday we took 4 teams, of 39 children to a Cross Country competition held at Wimpole Hall Estate.

The atmosphere was buzzing as all of the runners were cheered on at the start and finish of the course by fellow pupils, staff and parents that had come to spectate! Each race was hotly contested with runners keen to achieve their personal best and do their bit for the school team. As a school our final position was 9th out of 16 schools, a great achievement as a team and by individual runners who showed great determination and energy to complete the course as quickly as they can.

Running conditions were a little muddy underfoot but the course held out for the 800 runners who had come to compete for their school in this annual event. The year 5 & 6 competition was run as separate races for girls and boys giving us 4 races run over the 1600m, one lap course.

On Wednesday 19th April 2017, around 1000 pupils aged 9-11 years from over 70 schools from across Cambridgeshire flocked to Priory Park, St Neots for the annual Cambs Primary Schools Cross-country Relay Championships and 24 of The Vine’s finest runners took part!

Our first boys’ team came home in 2nd position with our other teams following closely behind. Well done to all – both runners and supporters!

Each participant ran a 1200m leg. All our pupils were fantastic. They ran their socks off! Taking part in the weekly Golden Mile really is improving our running. 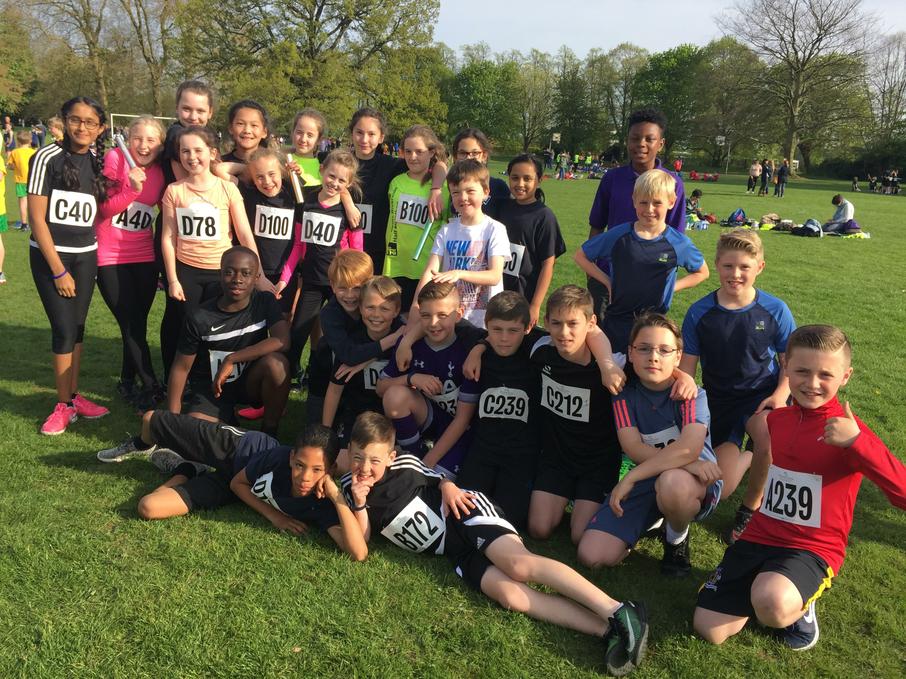 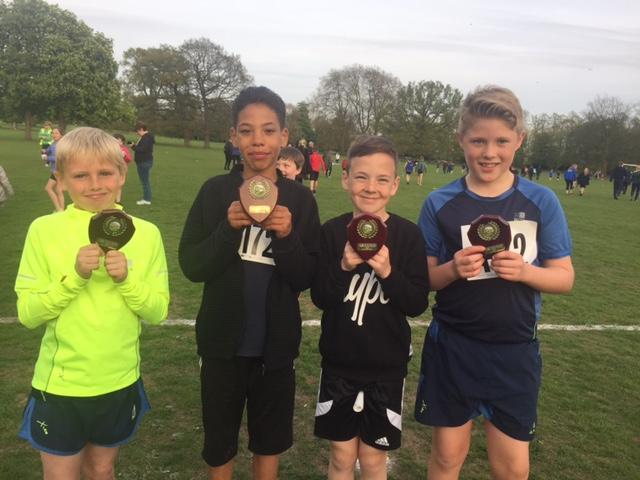