Muntjac are a non-native species. The were brought from China to the England, Woburn Abbey in Bedfordshire, at the start of the 20th Century . Some muntjacs managed to escape and survive. Now it is a common animal across South East England and can be found in woodland, parkland and even gardens. Muntjac deer are notorious browsers, eating the shoots from shrubs, as well as woodland herbs and brambles. Male muntjacs have short, unbranched antlers that slope backwards, and a pair of long canine teeth. They breed all year-round, but females usually only have one kid at a time. Muntjac deer are also known as 'barking deer' because of their dog-like calls.

A very small, broad/sturdily deer, the muntjac deer is about the same size as a medium dog. It is gingery-brown, with a pale underside, darker stripes in its face, and small, single-pointed antlers.

Where to find them

Common and increasing in southern England and spreading northwards. 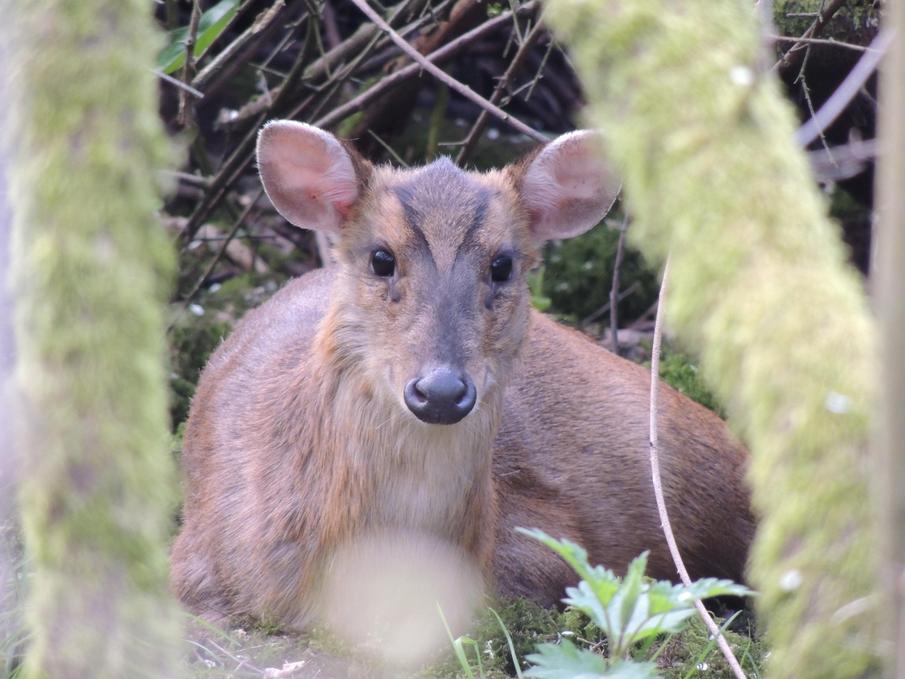