Our foxes are named

Our three regular foxes have been named

Let us introduce our foxes: 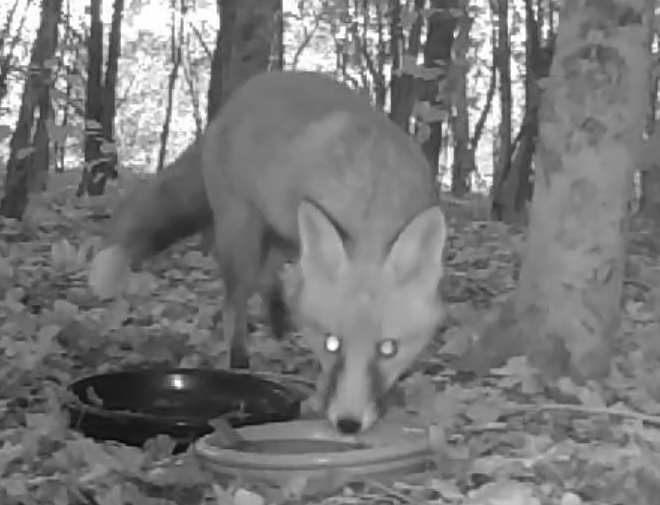 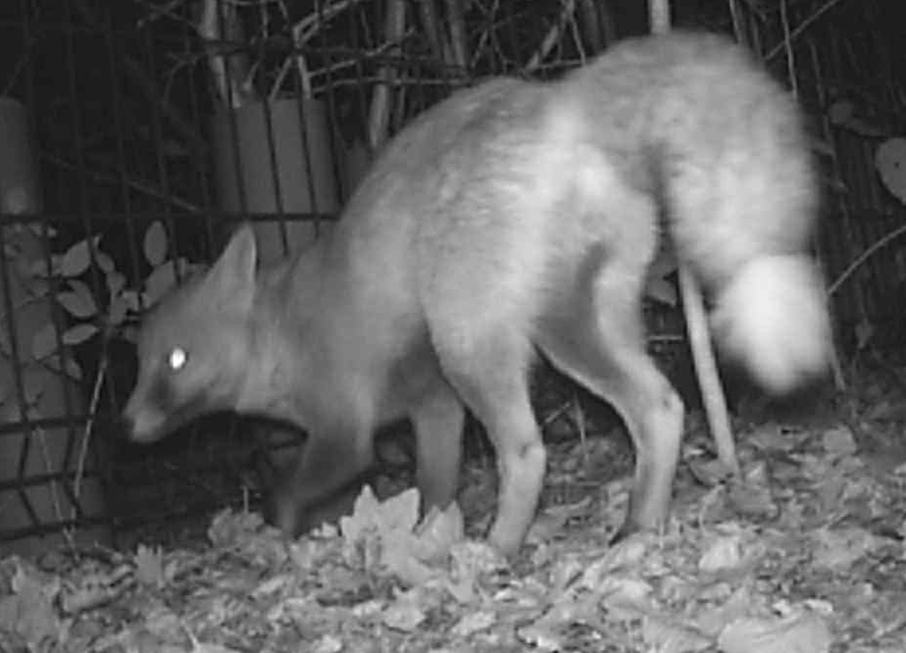 Pompom is a female fox, which has a tail with ball shaped fur. 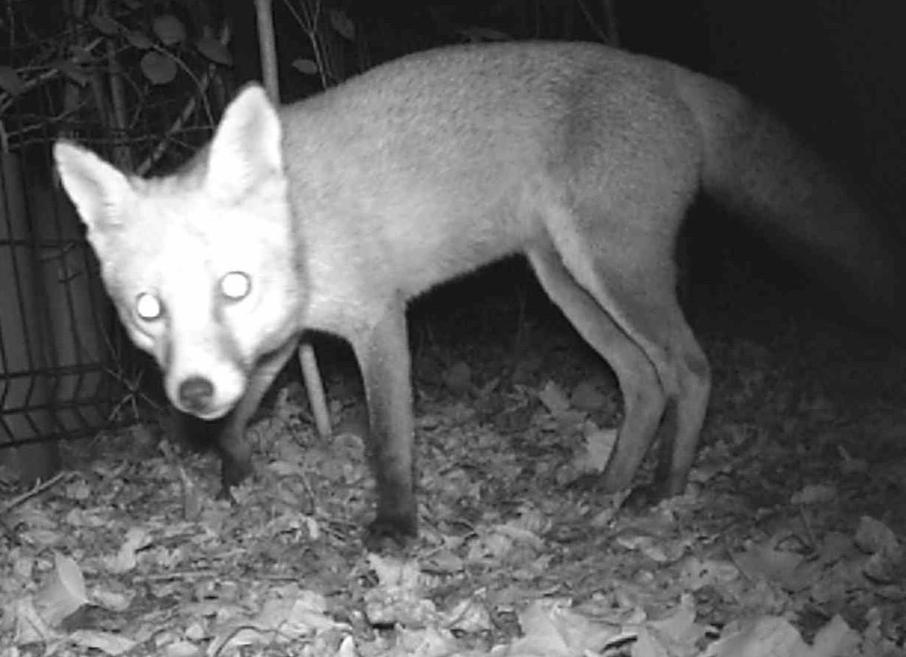 This is Ron the very beautiful fox (male) with its thick bushy tail. T

Last fox to be named: 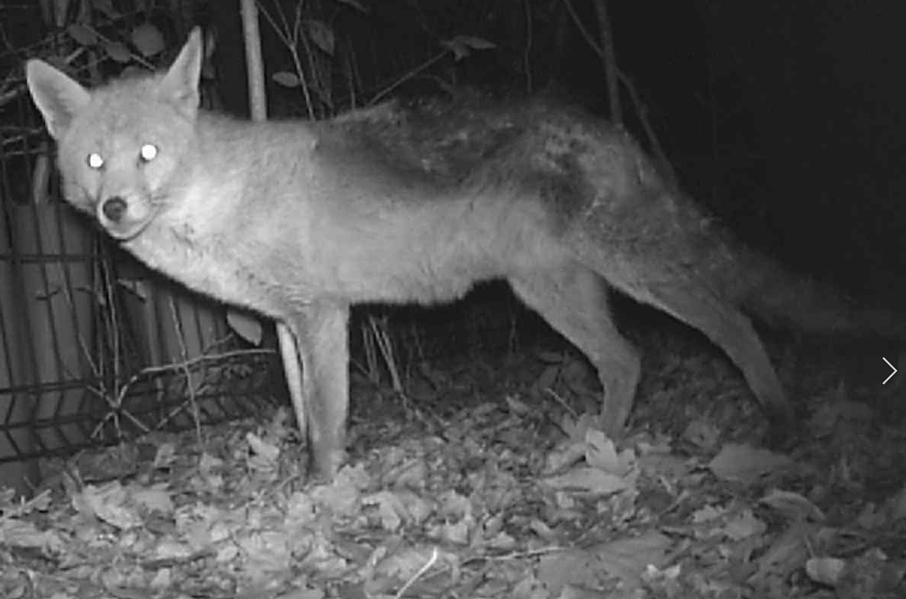 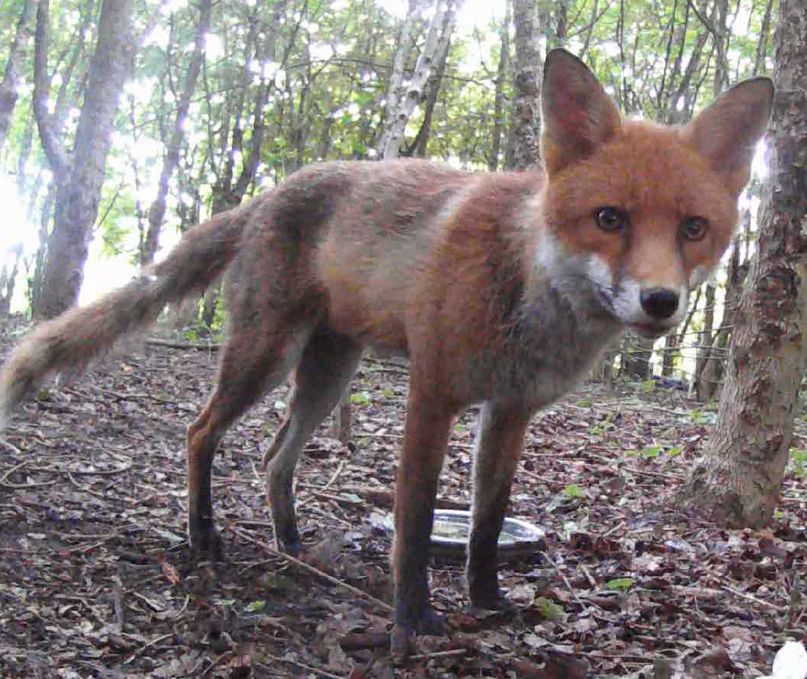 This slightly scruffy looking fox in has a limp, due to an injury and its tail is quite thin. The name Scruffy won with a huge majority.

Foxes usually give birth in March or April, their litter size is about 4 or 5 cubs.

Fox cubs at birth are blind and deaf, their nose is relatively short, their ears are small and floppy, and their fur is short and very dark. The vixen’s body heat is needed by the cubs for the first 2 to 3 weeks of life - at least the early part of this period. During that time the male leaves food by the den entrance for the vixen.

After around 4 weeks, the cubs first come above ground, hesitantly initially. By this time, their coat is darkish brown with a reddy tinge to the face, their ears are more like those of adults: longer and erect; and their muzzle has got longer and will continue to do so as adult facial features are developed little by little over the next 4 - 6 weeks. Adult coat colour is also becoming more visible over this period, starting, at least in some animals, at the front and working backwards.

After their first appearance, hunting and foraging instincts quickly kick in as the cubs seek out earthworms and insects to add to a mixture of 'mother's milk' and solid food brought back for them by both the dog fox and vixen. Quite large mammals, such as rabbits, and birds are often provided for the cubs, whilst for themselves, the adults apparently like smaller prey items, such as mice and voles.

At this time of year (November - January) this animal (the male) is very busy setting out his territory by scent marking. Why do you think he is doing that and what do you think scent marking is? They are also making quite eerie sounding loud calls during the night, which can be heard from miles away. This animal is active from dusk till dawn, which makes it a nocturnal animal.

They live on a varied diet and are great hunters. On their menu you will find: rabbits, rodents (mice e.g.), birds, frogs and earthworms as well as carrion, but also berries and other fruit.

So which group do you think this animal belongs to: herbivore, carnivore or omnivore?

Well done if you knew it is an omnivore, they basically eat everything that is available: meat, vegetables, fruit. Did you know they bury their food to eat later, that’s called a food cache.

The male foxes (dogs) are scent marking to show other foxes what is their territory (their patch), they do that by urinating on trees, scrubs, pole, wall or whatever is on their patch. It is basically an advertisement to say: ‘I’m a healthy male fox, keep out of my territory’ (to other males) and to female foxes (vixen) ‘I’m looking for a mate to start a family’. From December to beginning of February they are displaying this type of behaviour.