This week we took part in a mixed football competition with 6 boys and 6 girls selected to play from Years 5 and 6. The children instantly bonded as a team playing in a variety of positions to complement the team. We played 4 matches all of which were tight and despite dominance in some games found it tricky to score in 8-minute games especially with plenty of last ditch challenges and goal line scrambles. In our 4 games we won one, drew two and lost one, only conceding one goal. A great effort by the mixed team, and a quite unique experience. Well done to all those that took part and may thanks to the parents for transporting and supporting the team.

Year 6 boys played in an EFL football tournament in Newmarket. They played 5 matches winning 3, drawing 1 and losing 1. There were some tightly contested matches including a 2:1 loss and win and a 1:1 draw. After these closely fought matches the final 2 games saw the flood gates open, scoring 16 and conceding zero! There were some super goals both individual and team ones. Well done to all the boys who played across a range of positions, excellent skill, teamwork and attitude was displayed by all. We finished the tournament in second place, a fantastic achievement. A big thank you also to the parents who transported and supported the boys throughout. 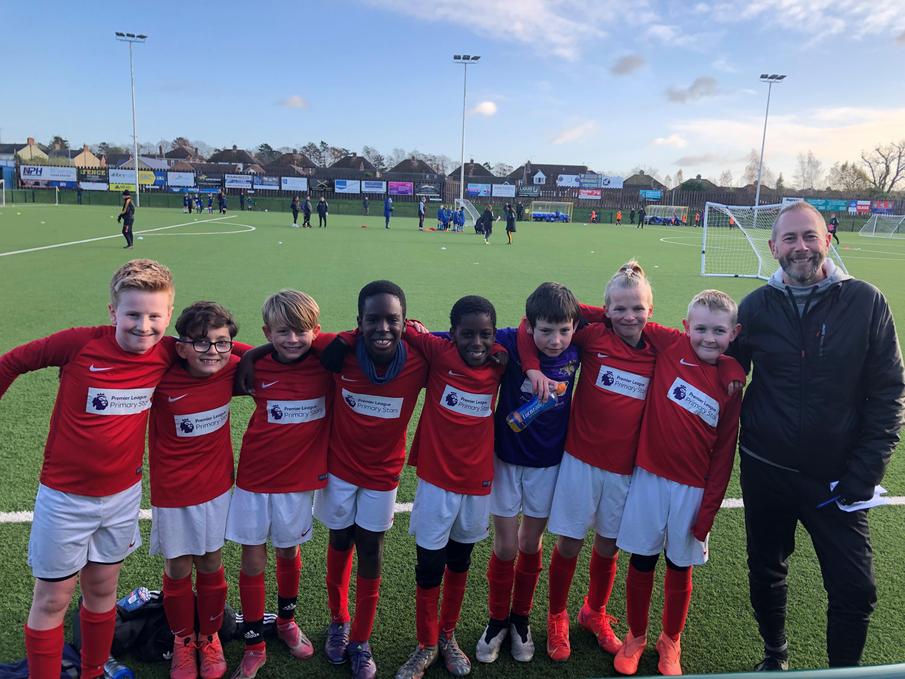 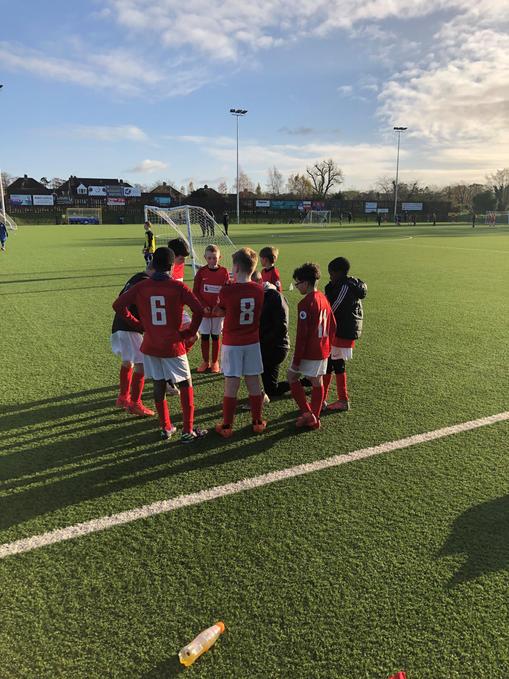 A team of Year 6 girls went to a football tournament at Histon Rec. We played 5 games: winning 2 (2:0 and 1:0) and losing 3 all 0:1. They were all close games and played in great spirit, teamwork, and effort. For some of the girls it was their first competitive football matches, but hopefully not their last after an enjoyable and energetic morning. It was great to be out on the sports field and representing the school. 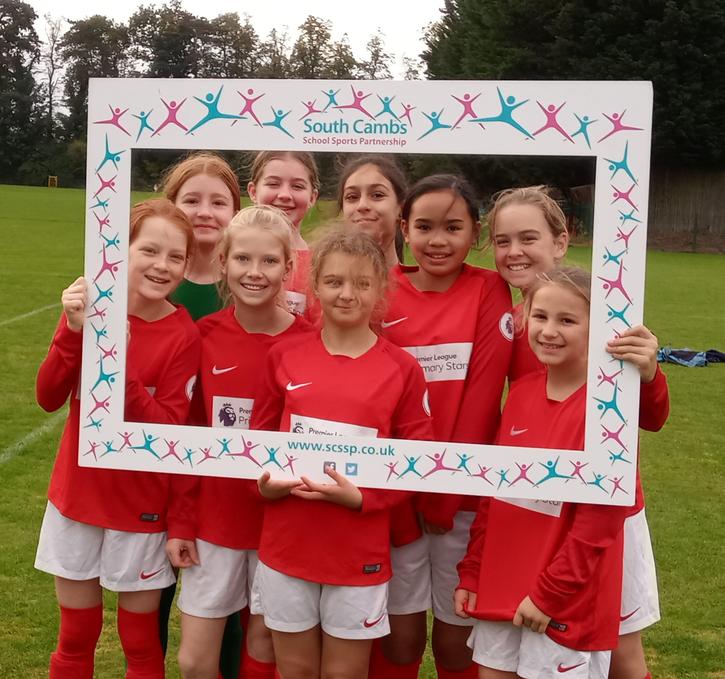 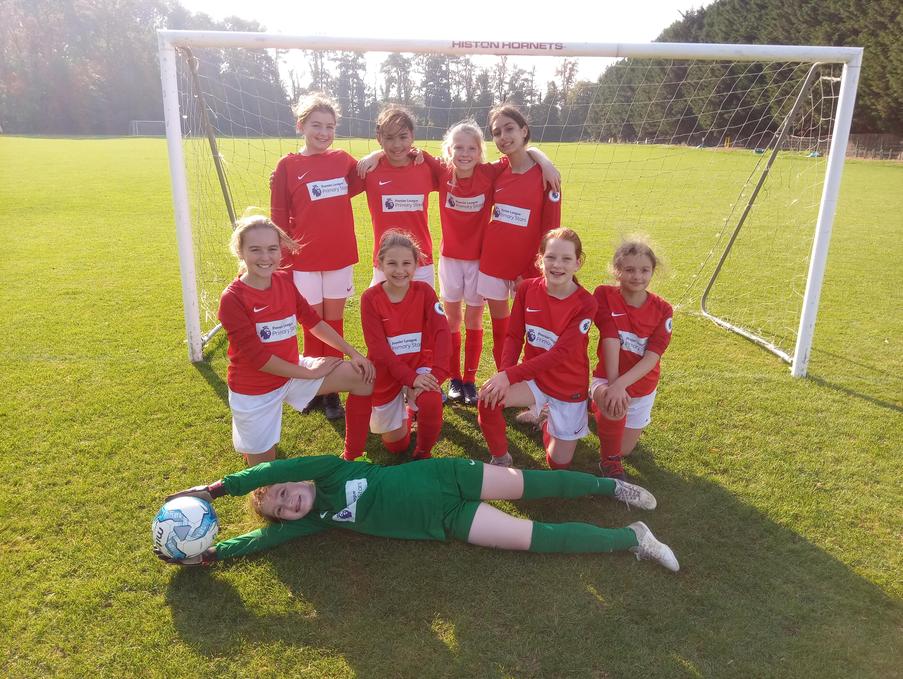 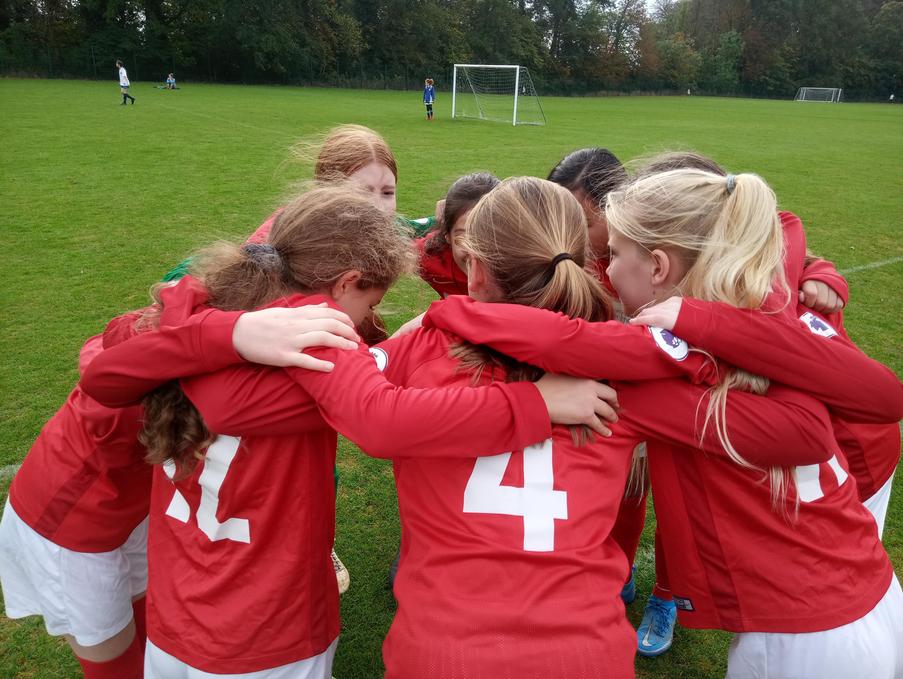 At the end of January it was the boys turn to represent South Cambs in the county football finals at Hinchingbrooke School. Once again the standard was high and the matches were close. The boys battled hard to breakdown their opponents, producing chances to get a goal and getting ahead in most of their games. They continued to play determined and controlling football, seeking out teammates with some fine passing movements. Strong tackling, fine skills and composure on the pitch (nerves on the sideline!) resulted in 3 wins and 3 draws, leaving The Vine top of the league and County Champions!! A super effort by the boys who worked tirelessly as a cohesive team. A fantastic achievement for the school and a proud moment for the adults who coached, supported and transported the children, who have now qualified for the regional finals. 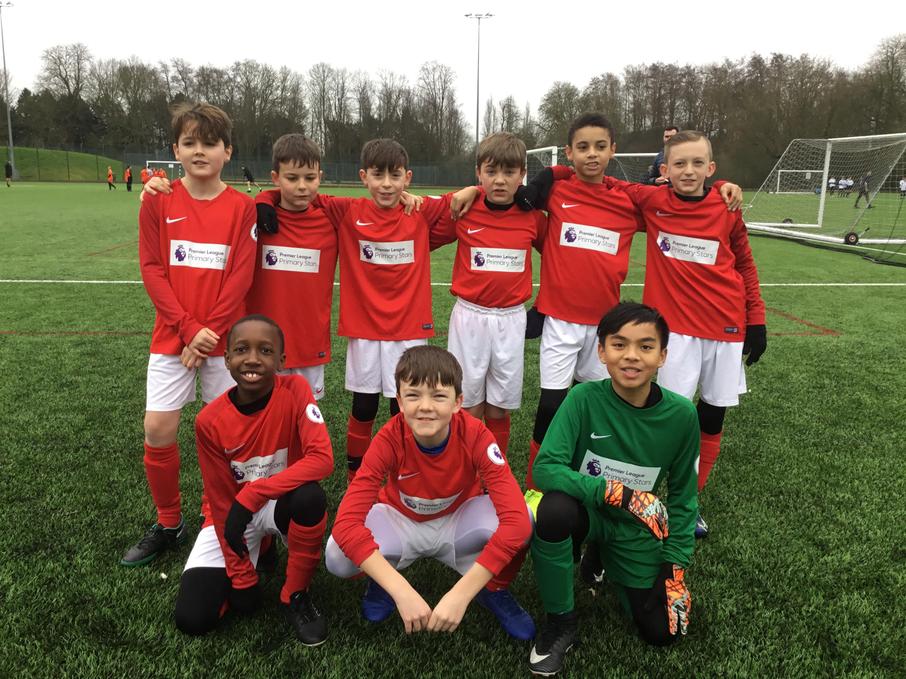 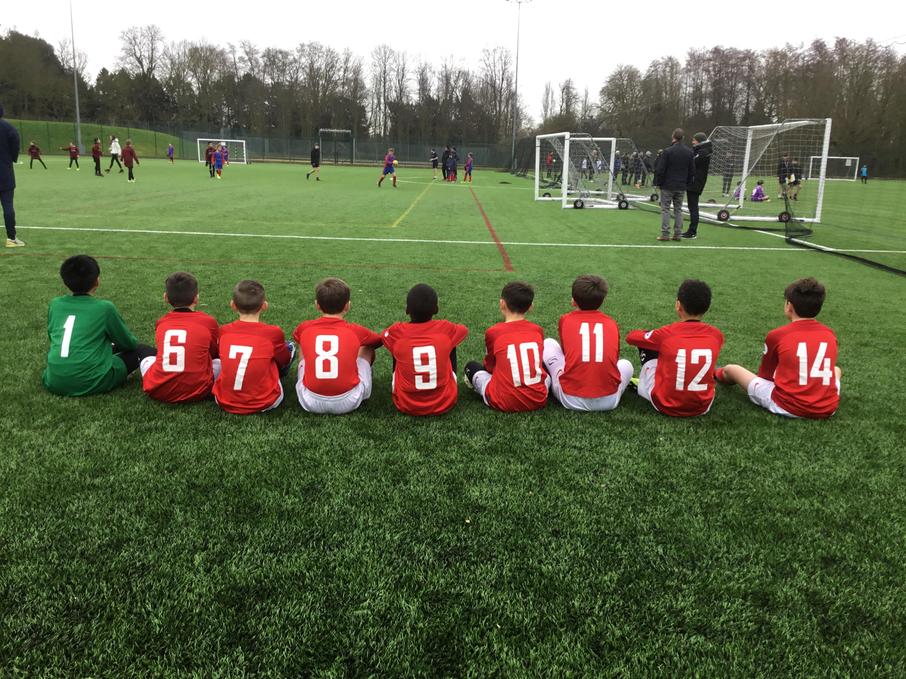 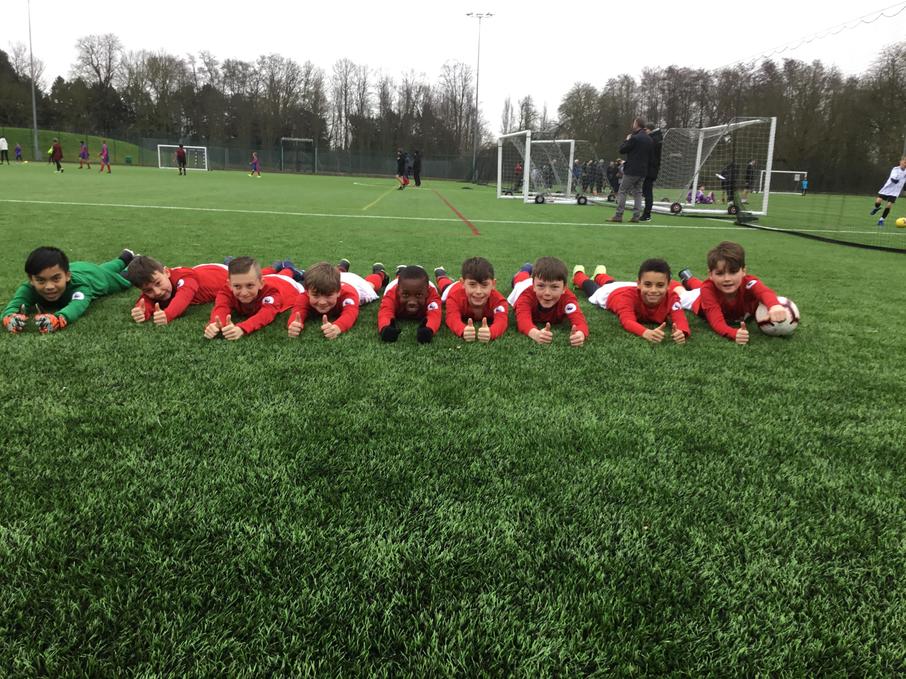 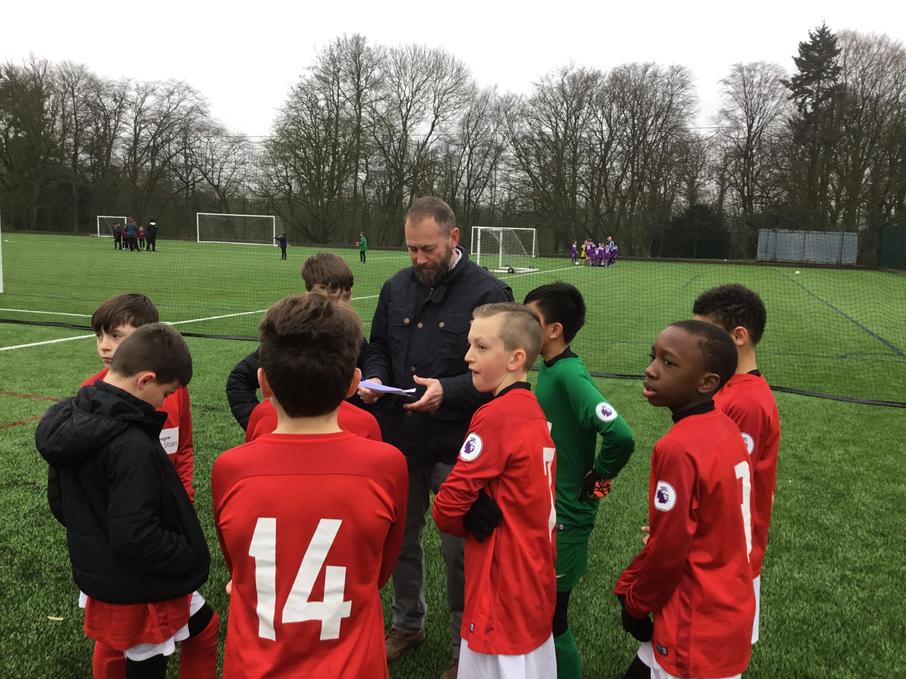 The Vine Girls' football team represented the area (South Cambs) in the County Finals at Hinchingbrooke School last week. The girl's played six games in total at a high standard, showing excellent energy, ability and more importantly teamwork. A number of girl's played in a number of positions, adapting and performing well. They did the adults, school and area proud; winning 2 games, drawing 3 and losing 1, final results TBC.  Many thanks for the support and transport from parents and family members who came along. 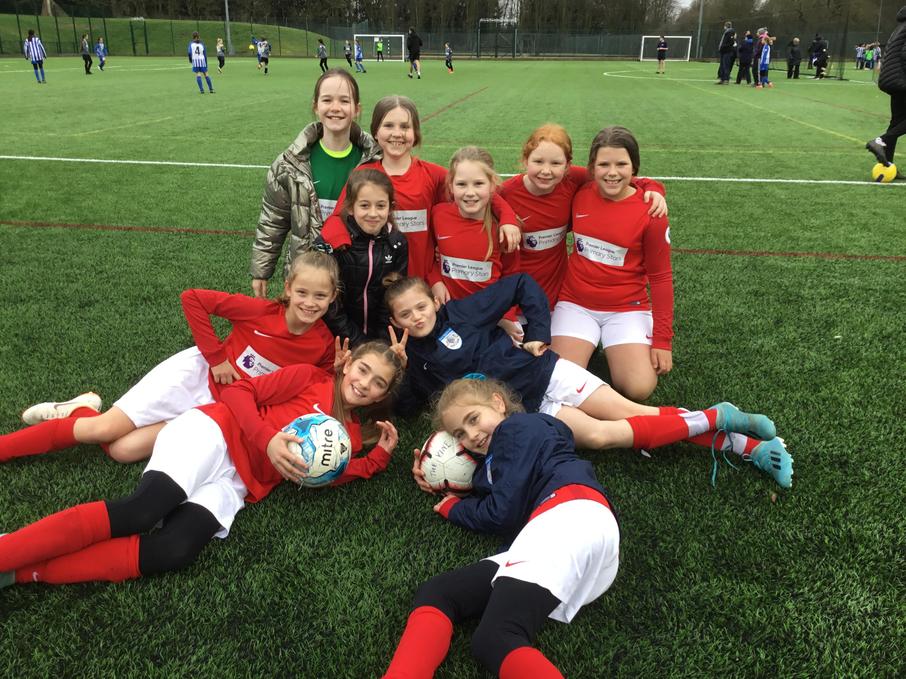 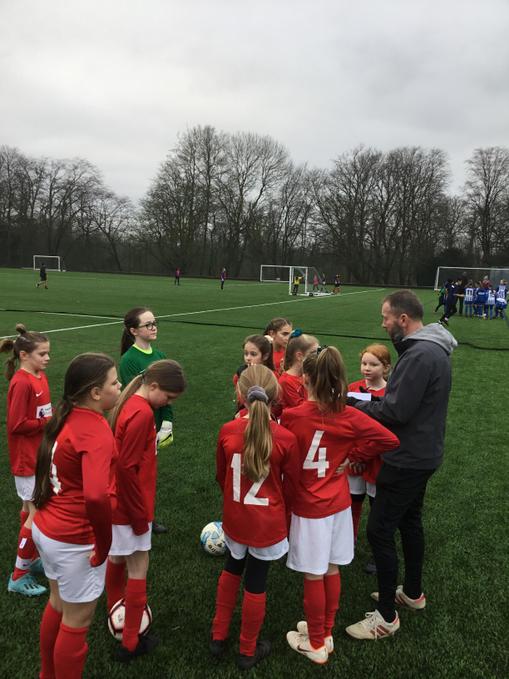 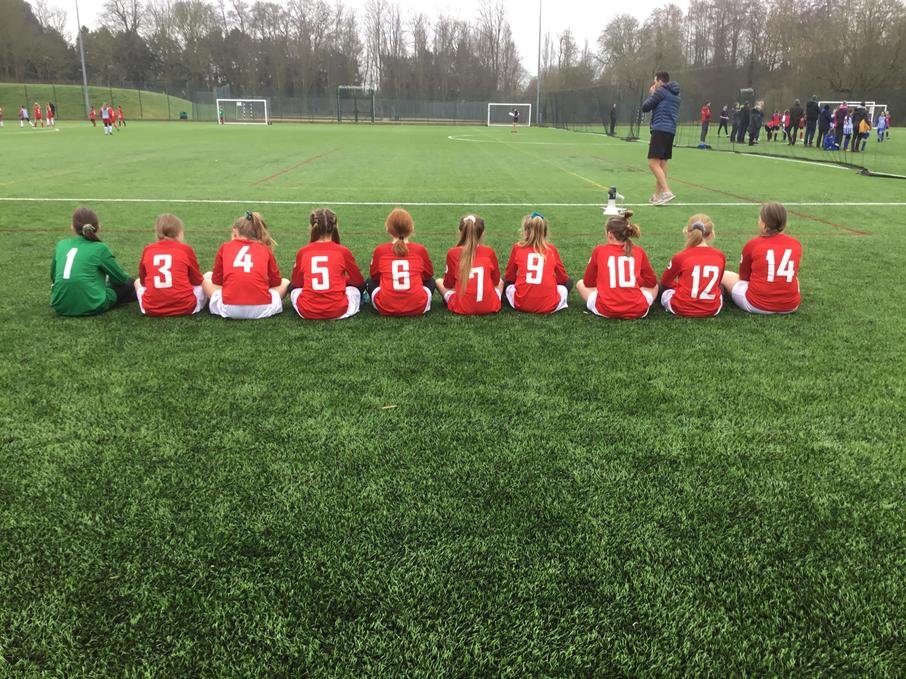 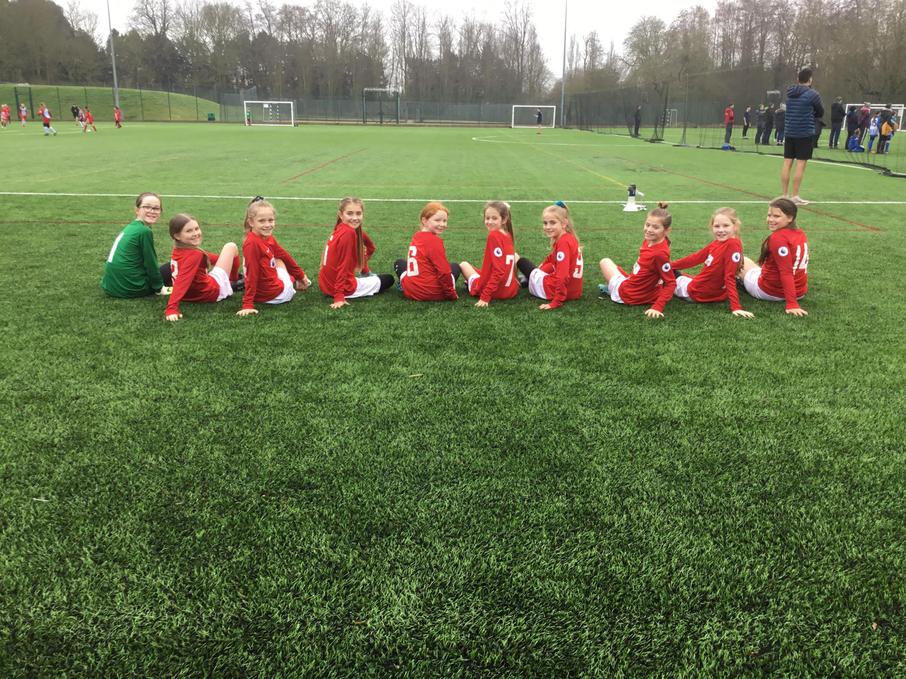 Boys EFL Tournament at Bottisham- they came 5th out of 14 teams.

A successful week for The Vine boys and girls football teams this week, with both teams taking part in a tournament at Impington Village College. Both teams played some super football and were well supported and cheered on from family and friends. Both teams had identical records with a draw in their first game followed by winning their next 3 groups games putting them in top spot. Fine form continued in the semi finals with comfortable victories. In both cases as expected the finals were the trickiest game, unfortunately losing both in hard fought games. The disappointment was soon changed once the squads received their Runners Up medals and news of qualification for the County Finals later on in the year. A great achievement all round and many thanks once again to the parents for their support and transporting the children. Mrs Kenny and myself are proud of your performances, skills and teamwork. 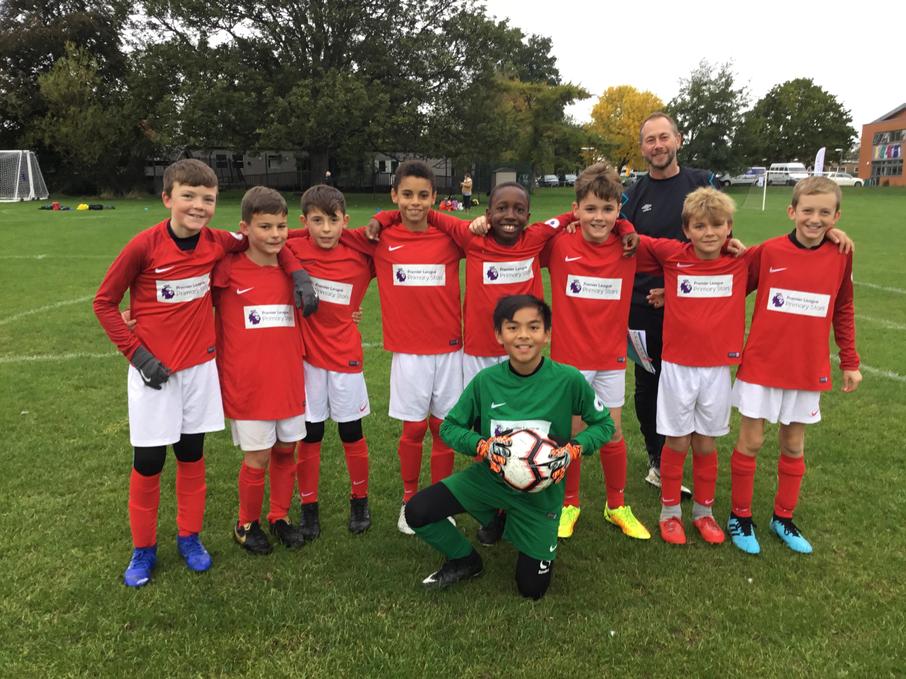 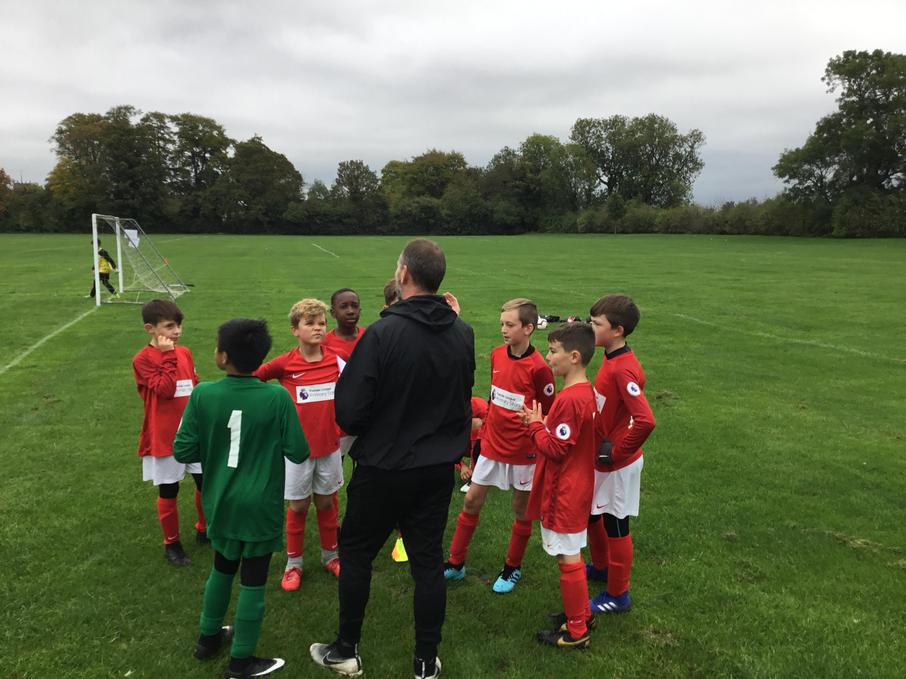 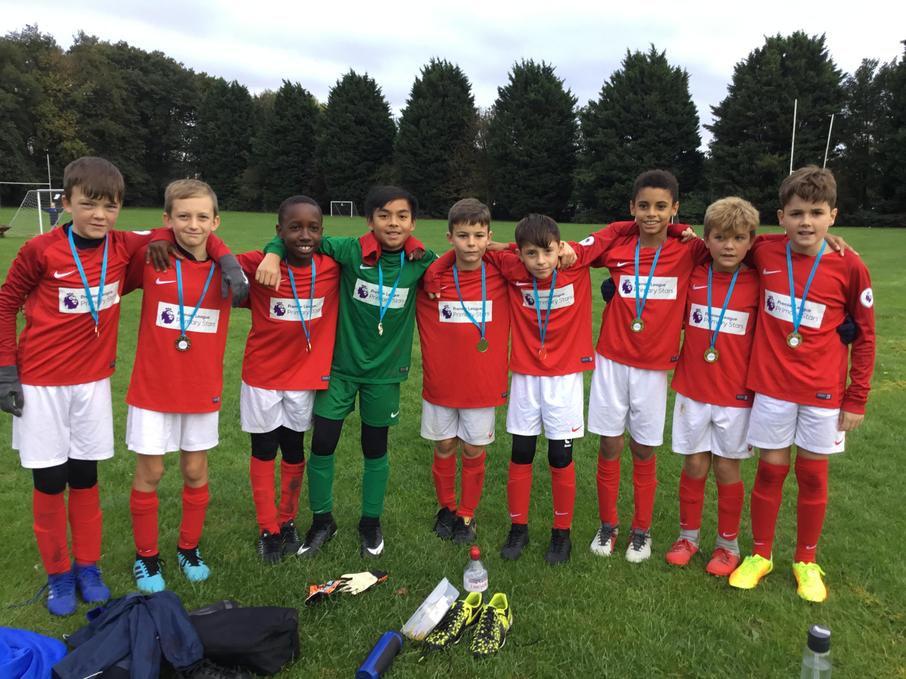 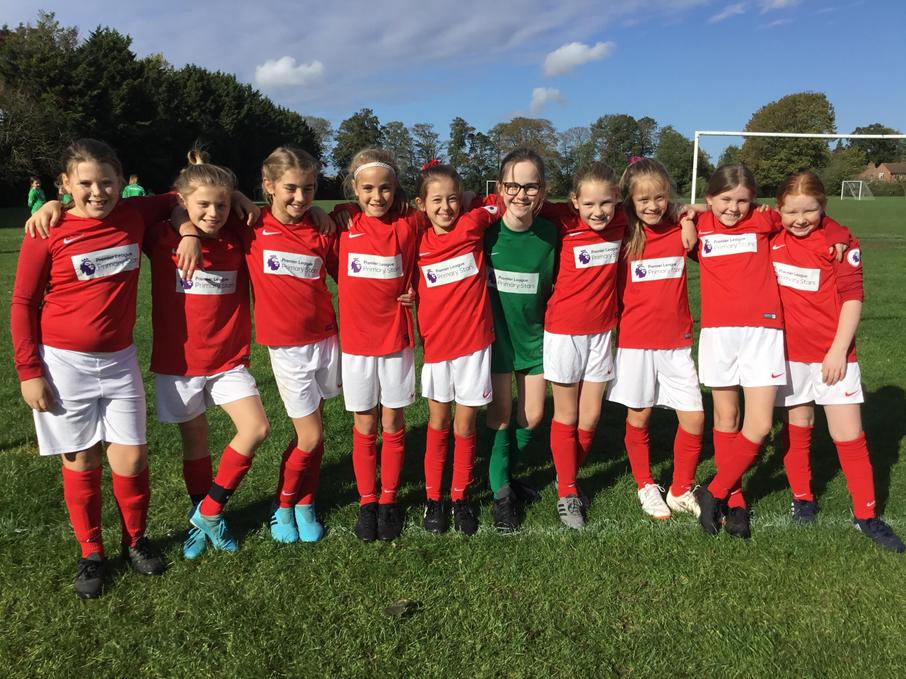 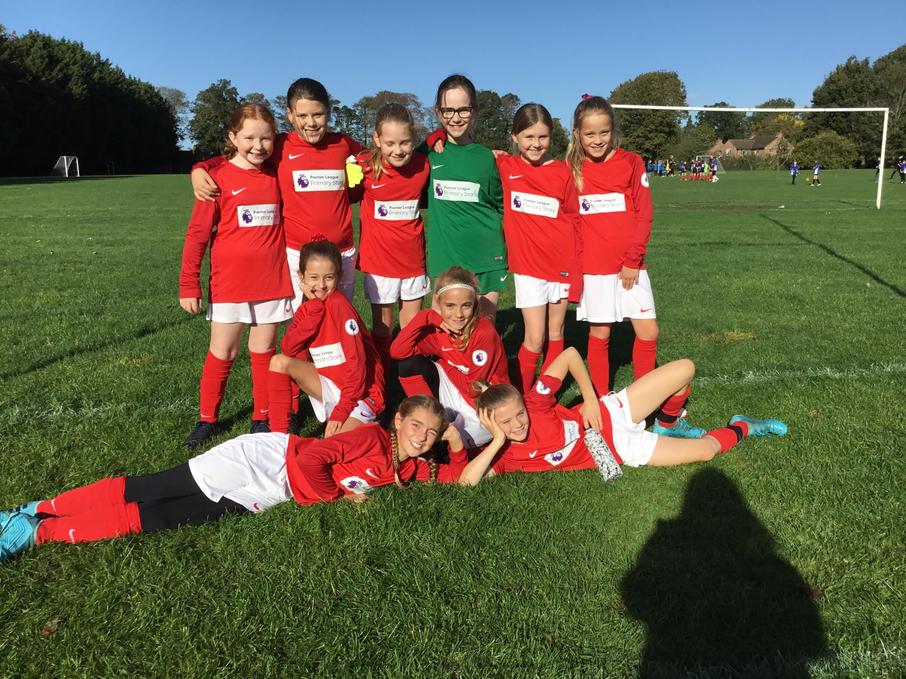 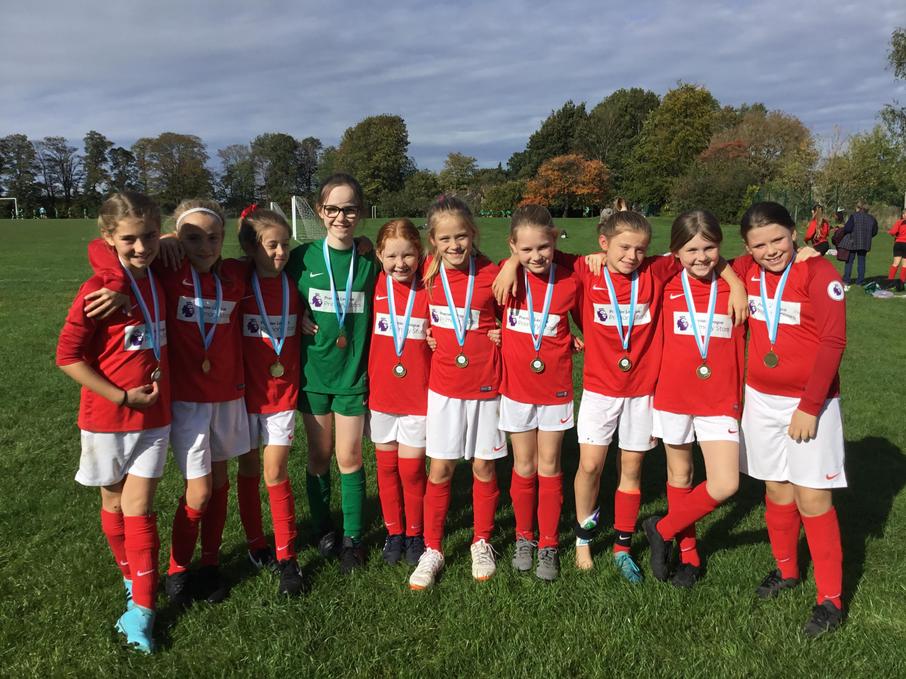 This month we played a football match against Oakington Primary School, who are at the top of the league with The Vine sitting 5th out of 6 teams; but we went into the game determined to get a result. In the first half we managed to take an early lead, making the score 1:0 to The Vine. Sadly, near the end of the first half they equalised to make it 1:1.

The match continued to be a close one with both teams creating opportunities to win in what was a competitive and entertaining game, however no one scored again which resulted in a draw, a hard fought point for both teams which pushed us up to fourth place. As always many thanks to the parents who helped transport and support the children and a huge well done to the players for what has been described as our best game yet.

A huge well done to all the girls who took part in yesterdays tournament at CVC, what impressed us the most was the teamwork and skills shown by all the players; and the flexibility to try out a variety of positions. The Girl's played in 5 x 10 minutes games in quick succession and always had a smile on their faces and deservedly so. Both teams had many successes with the A team winning the tournament and the B team get better with every game and winning their final match. A super afternoon of football.

On Wednesday Year 5 and 6 Boys team and Girls team had their first football match of the season against Hardwick and Cambourne. It’s fair to say that all the children played well and applied excellent effort and skills to two hard fought matches. The Boys team drew 2:2 after being 2:0 down at half time. Despite this the team continued to work hard and finally got their rewards which cumulated in a scorching equaliser in the last few minutes. Well done Boys you never gave up and got a well-deserved draw. As for the Girls they also had a close match and having opportunities to score finally broke the dead lock with a well taken strike to win 1:0. There were many highlights including hitting the woodwork, great saves from the Goalkeepers and a determination second to none, whilst still having a smile on their faces. Many thanks to all the players and supporters.

Yesterday evening The Vine football team played in a mini tournament in Cambridge. The children were wearing the new football kit and looked extremely proud and smart.

The first game against St Matthews A was our toughest game and we soon realised that we needed to raise our game. In the second game we played much better but had a second loss against Mayfield School. In our final group game we played against St Matthews B and finally we found our form and the back of the net, 3 times. League positions meant we had to play St Matthews B again this time the game was tighter with third place up for grabs, both sides had opportunities but the game ended up going to penalties, after both teams scoring 4 out of their first 5 it went to sudden death Micah scored the next penalty for The Vine and the pressure was back on the opposition, Josh produced a fantastic save which earned third place for us. Well done to all the team where some children were playing in their first competitive matches, and others trying out various positions, it's very hard to single out a player after they all did well but it is worth a mention that Micah was awarded a medal for being the player of the tournament due to his high energy and impact running. Finally a huge thank you to family and friends for coming along and supporting the boys.